Comedy Writing in the Age of Trump

Comedy Writing in the Age of Trump

“Full Frontal with Samantha Bee” writers Ashley Nicole Black, Patrick Cassels and Mathan Erhardt discuss how they approach their work within the context of the current political climate and the value added of working on one of the most diverse writing teams ever assembled for television. Hosted by WNYC Studios’ More Perfect producer Sean Rameswaram.

Missed out on tickets? You can watch our live video stream right here.

Ashley Nicole Black is an Emmy Award-nominated writer and correspondent for “Full Frontal with Samantha Bee.” She was four years into a PhD when she dropped out in order to pursue a career in comedy. 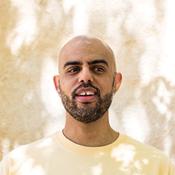 Mathan Erhardt is an Emmy Award-nominated staff writer for “Full Frontal with Samantha Bee.” He was working for the Maryland Motor Vehicle Administration in Baltimore when he submitted a writing sample to the show. When reading Erhardt’s submission, executive producer Jo Miller said, “It didn’t sound a bit like any of the other 230 packets I had read. His strong point of view and bone-dry wit stood out immediately.” 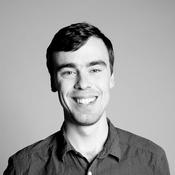 Patrick Cassels is an Emmy Award-nominated writer and actor for “Full Frontal with Samantha Bee.” He is also known for the “Hardly Working” series on College Humor.

Founded in the aftermath of 9/11 by Salman Rushdie, Esther Allen and Michael Roberts with the aim of broadening channels of dialogue between the U.S. and the world, PEN World Voices is the only international literary festival in America. The 2017 PEN World Voices will take on the subject Gender and Power. At this historic moment of both unprecedented attacks on core freedoms and the emergence of new forms of resistance, the Festival will offer a platform for a global community of writers, artists and thinkers to connect with concerned citizens and the broader public to fight back against bigotry, hatred and isolationism.