WQXR host Terrance McKnight celebrates the launch of his new podcast, Every Voice with Terrance McKnight, whose debut season both spotlights Black heroic figures found in modern American operas while examining the characterization of Africans found in four popular operas written in Western Europe. Join McKnight and co-host Kai Wright, as you listen to and discuss arias including:

On the Wings of a Dove from The Herndon Opera (Sharon J. Willis)
Singer: Marsha Thompson (Soprano)
Pianist: Kyle Walker 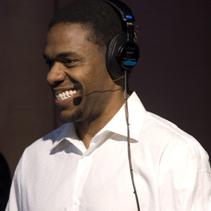 When Terrance McKnight moved to New York City, his 96-year-old grandmother offered him a few words of wisdom: “If you’ve got something to say, get out there in the middle of the road and say it; don’t go hiding behind no bush.” From a long line of passionate citizens — his maternal family founded a branch of the NAACP in Mississippi and his father the pastor of a church in Cleveland — Terrance and his siblings were expected to contribute to their community while growing up. Early on, Terrance decided he would take the musician’s journey.

As a teenager, he played trumpet in the school orchestra and played piano for various congregations around Cleveland.  At Morehouse College and Georgia State University he performed with the college Glee Club and New Music Ensemble respectively and subsequently joined the music faculty at Morehouse. While in Georgia he brought his love of music and performing to the field of broadcasting.

Terrance is an Artistic Advisor for the Harlem Chamber Players and serves on the board of the Bagby Foundation and the MacDowell Colony.  He’s frequently sought out by major cultural organizations for his insight into the cultivation of diverse perspectives and voices in the cultural sphere. He regularly curates concerts and talks at Merkin Concert Hall, the Billie Holiday Theatre the Schomburg Center for Research in Black Culture and the Museum of Modern Art. 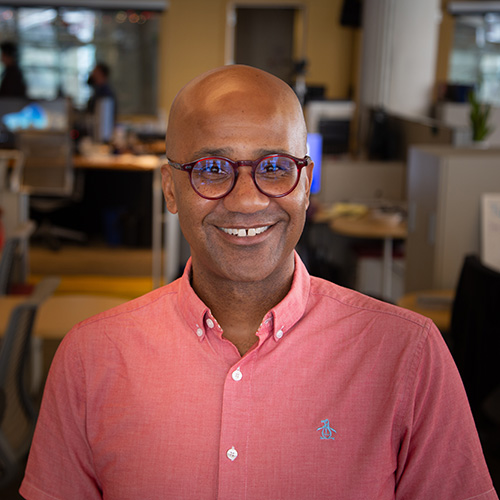 Kai Wright is host and managing editor of Notes from America with Kai Wright, a show about the unfinished business of our history and its grip on our future. The show airs live on WNYC, Sundays at 6p eastern and is distributed across the nation.

The Atlantic hailed the show as one of the “The Best Podcasts of 2018,” declaring that it “has always been able to swiftly explain current events through the lens of the past.”

In addition, Wright was the host of WNYC Studios’ other limited edition podcasts with social justice themes: The Stakes, There Goes the Neighborhood, and Caught: The Lives of Juvenile Justice, which was honored with an Alfred I. duPont-Columbia University Award. He also served as one of the hosts of Indivisible, a national live radio call-in show that WNYC convened during the first 100 days of the Trump Administration to invite Americans to come together across divides.

Wright’s journalism has focused on social, racial, and economic justice throughout his career. Formerly, he was an editor at The Nation and the editorial director of Colorlines. As a fellow of Type Investigations, he covered economic inequality, access to healthcare, and racial inequity. His writing has appeared in The New York Times, Mother Jones, and Salon, among other outlets, and his broadcast appearances include MSNBC and NPR. Wright is the author of Drifting Toward Love: Black, Brown, Gay and Coming of Age on the Streets of New York, as well as two surveys of black American history.

Love at Last: A Celebration of the Earth and Its Inhabitants

Queen of the Night with Thorgy Thor: PRIDE