How I Got Over

How I Got Over

With humor and heart Lynn Nottage’s Pulitzer Prize-winning play, “Sweat,” tells the story of a group of friends who have spent their lives sharing drinks, secrets and laughs while working together on the line of a factory floor.

But when layoffs and picket lines begin to chip away at their trust, the friends find themselves pitted against each other in the hard fight to stay afloat.

Kate Whoriskey directs this new play about the collision of race, class, family and friendship, and the tragic, unintended costs of community without opportunity.

Following a sold-out run at The Public Theater, the critically acclaimed play opened on Broadway last month. WNYC editor Rebecca Carroll sits down for an unconventional conversation with the Pulitzer Prize-winning playwright and acclaimed director. 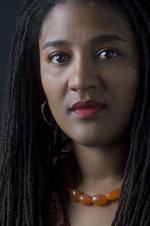 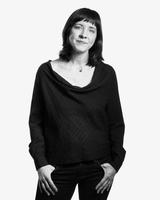 (Courtesy of the director)

Kate Whoriskey (Director) most recently directed the world premiere of “Sweat” at Arena Stage and Oregon Shakespeare Festival and its off-Broadway production at the Public. She has also collaborated with Lynn Nottage on the world premieres of “Ruined,” “Fabulation” and “Intimate Apparel.” Her NY credits include Circle in the Square, The Public, Second Stage, Manhattan Theatre Club, Lincoln Center Theatre, the Vineyard Theatre, Theatre for A New Audience, and Playwrights Horizons. Nominated for a Drama Desk and Lucille Lortel for her work on Ruined, she has worked regionally at The Goodman theatre, South Coast Rep, The Geffen, the American Repertory Theatre, the Shakespeare theatre, the Huntington, Baltimore Center Stage, Perseverance Theatre, Actors Theatre of Louisville, Sundance Theatre Lab. Internationally, she directed “Magdalena” at the Chatelet theatre in Paris and Teatro Municipal de Sao Paolo.

About How I Got Over series:

Join us for a new project reinventing language around race through a series of conversations and performances that explore, express and examine what it means when a social construct becomes the social order. We want people to get personal. We want provocative dialogue. We want to generate new language to execute real change. We want to talk about fear – and how it’s different if you are black or white. We want to hear people explore racism.