In Conversation: (De)constructing Images of Color 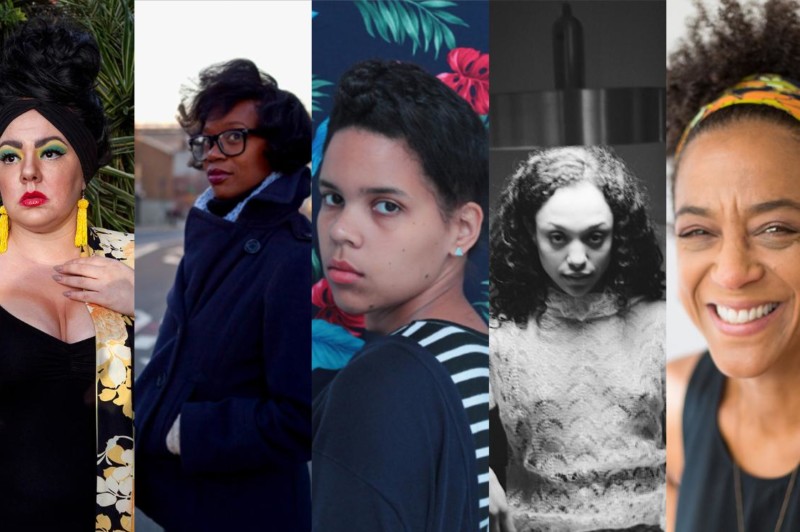 In Conversation: (De)constructing Images of Color

Presented as part of the Racial Imaginary Institute Biennial, In Conversation: (De)constructing Images of Color brings together an interdisciplinary group of artists for an exploration of the connections among race, color theory, and the creation of decolonized oral histories. Co-hosted by curator Legacy Russell and WNYC’s Rebecca Carroll, the panel takes Sara Ahmed’s “The Phenomenology of Whiteness” as a point of departure for challenging whiteness as an inheritance and driving force of history. The panelists include writer Syreeta McFadden and interdisciplinary artists Joiri Minaya and Genevieve Gainard.

Legacy Russell is a writer, artist, and cultural producer. Born and raised in New York City’s East Village she is the UK Gallery Relations Lead and Gallery Partner Programs Lead for the online platform Artsy. Her work can be found in a variety of publications worldwide: BOMB, The White Review, Rhizome, DIS, The Society Pages, Guernica, Berfrois and beyond. Holding an MRes of Visual Culture with Distinction from Goldsmiths College at University of London, her academic and creative work focuses on gender, performance, digital selfdom, idolatry, and new media ritual. Her first book Glitch Feminism is forthcoming from Verso.

Rebecca Carroll is a cultural critic and Editor of Special Projects at WNYC, where she develops, produces and hosts a broad array of multi-platform content, including podcasts, live events and on-air broadcasts. Rebecca is also a critic at large for the Los Angeles Times, and a regular columnist at Shondaland and Gothamist. She is the author of several interview-based books about race and blackness in America, including the award-winning Sugar in the Raw, and her personal essays, cultural commentary and opinion pieces have been published widely.

Joiri Minaya is a Dominican-American artist whose work focuses on the construction of tropical identity as an exoticizing trope. She draws on histories of art, pattern, décor and media in her work, often using her own body and personal experience as a reference point. She graduated from the Escuela Nacional de Artes Visuales (ENAV) in Santo Domingo, D. R., on 2009, to later receive an Associate’s degree in Fine Arts at the Altos de Chavón School of Design on 2011. She received her Bachelor’s degree in Fine Arts in 2013 from Parsons The New School for Design and was subsequently an artist in residence at the Skowhegan School of Painting and Sculpture in the summer of 2013.

Syreeta McFadden is a writer and professor of English at the Borough of Manhattan Community College, City University of New York. Syreeta’s work deals largely with gender, politics, race and culture, and explores the cultural narratives of communities. Her work has been featured in The New York Times Magazine, The Nation, BuzzFeed News, NPR, Brooklyn Magazine, Feministing and The Guardian, where she had been a regular contributor. A former urban planner and housing development specialist, she holds degrees from Columbia University and Sarah Lawrence College. She is currently working on a collection of essays.

Genevieve Gaignard is a Los Angeles based artist whose work focuses on photographic self-portraiture, sculpture, and installation to explore race, femininity, class, and their various intersections. The daughter of a black father and white mother, Gaignard interrogates notions of “passing.” She positions her own female body as the chief site of exploration — challenging viewers to navigate the powers and anxieties of intersectional identity. Gaignard received her BFA in Photography at Massachusetts College of Art and Design and her MFA in Photography at Yale University. She has exhibited throughout the United States, including shows at the California African American Museum in Los Angeles, the Houston Center for Photography and The Studio Museum in Harlem.