Kara Dugan: A Wish, a Hope, a Prayer – Song Recital

Kara Dugan: A Wish, a Hope, a Prayer – Song Recital

Passionate art song enthusiast, mezzo-soprano Kara Dugan shares songs of love by two trailblazing female composer virtuoso pianists, Clara Schumann and Amy Beach. Their works are rich with musical dialogue and interplay between the singer and pianist. In this performance, Kara’s husband Peter Dugan will be at the piano. The program closes with a special arrangement of Arlen’s “Over the Rainbow.” WQXR’s Elliott Forrest hosts.

Individual creators and performers have been hit hard by the pandemic shutdown, which has made it especially difficult for them to earn an income. WQXR has been working on ways to help in any way possible, so as part of its newly-announced STAR initiative, WQXR is pleased to announce the first cohort of its Artist Propulsion Lab. Six early and mid-career artists, hand-selected by the WQXR team, will receive an honorarium of $15,000, as well as a budget of up to $5,000 to engage collaborators and commission works. They will have the opportunity to take advantage of WQXR’s various outlets to reach audiences via Greene Space performances, on-air curation opportunities, and much, much more.

Mezzo soprano Kara Dugan has been praised by the New York Times for her “vocal warmth and rich character.” Her diverse career ranges from world premieres, to baroque concert work, to cross-genre performances and art song recitals. Her work with living composers has included the world premiere of Michael Tilson Thomas’ Four Preludes on Playthings of the Wind, a production of John Musto’s opera Bastianello at Festival Napa Valley with the composer at the piano, and a workshop performance of Ricky Ian Gordon’s Intimate Apparel as part of the Metropolitan Opera and Lincoln Center Theater’s New New Works Program. This season she made her debut with the Albany Symphony performing Michael Daugherty’s multi-genre tribute to Woody Guthrie, This Land Sings.

Her work as a baroque concert soloist began during her studies at The Juilliard School and has taken her on three international tours with Juilliard415 and conductors Ton Koopman, Masaaki Suzuki, and Nicholas McGegan, culminating in a performance as the Soprano II soloist in Bach’s Mass in B minor at the Boston Early Music Festival. Operatic highlights include Cherubino in Mozart’s Le nozze di Figaro, Zaida in Rossini’s Il turco in Italia, and Nireno in Handel’s Giulio Cesare. She has performed with the San Francisco Symphony, Philadelphia Orchestra, Buffalo Philharmonic, New World Symphony, Marlboro Music Festival, Ravinia Steans Institute, Aspen Music Festival, Wolf Trap Opera, and at venues ranging from National Sawdust to Alice Tully Hall.

As a passionate recitalist she performs often with her husband Peter Dugan, pianist and host of NPR’s From the Top. The husband and wife duo were recently featured on PBS Great Performances’ “Now Hear This” and have performed across the United States, including at the Joye in Aiken Festival, Charles Ives Concert Series, Moab Music Festival, and Portland Chamber Music Festival. The duo’s eclectic repertoire has brought them to a wide range of venues including  Joe’s Pub at The Public Theater, where they joined crossover string group Time for Three. Ms. Dugan received her Bachelor and Master of Music Degrees from The Juilliard School. 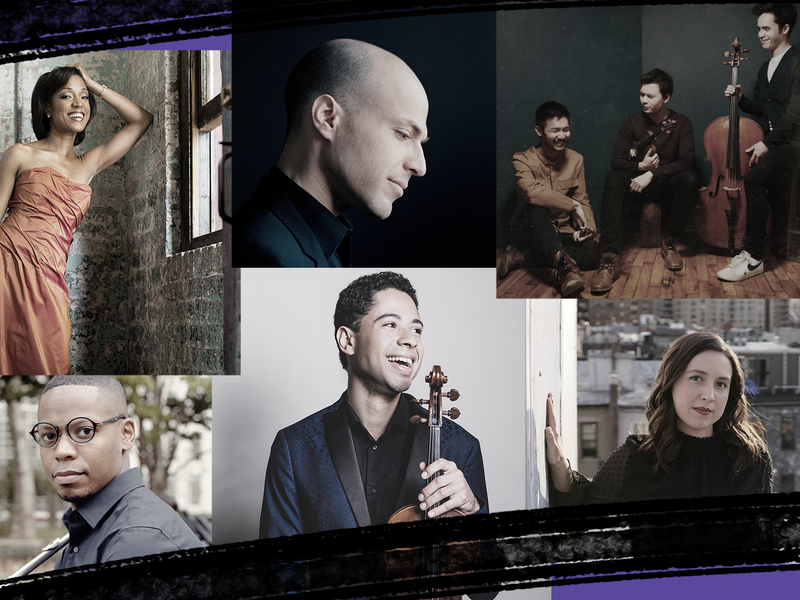