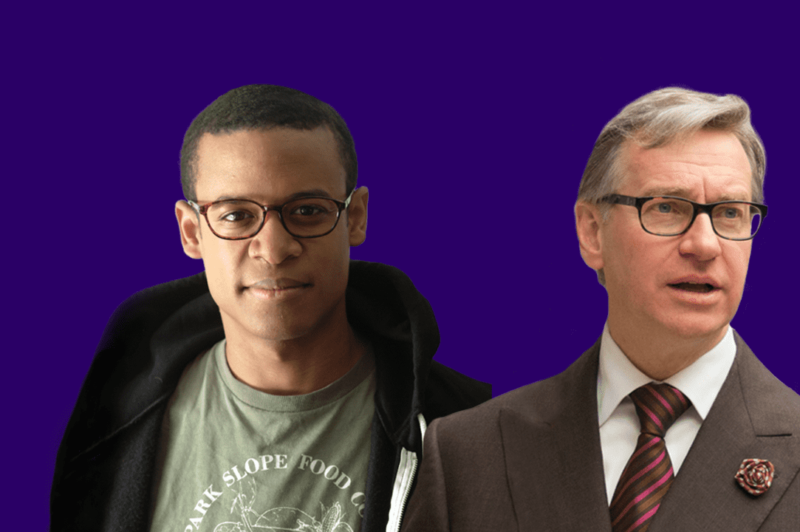 Put your hands together for Michelle Buteau, and her special guests, Paul Feig and Jordan Carlos!

The comedian and unofficial “3rd Dope Queen” has a new podcast from WNYC Studios — and you can see it taped live every Tuesday night through June 26.

Paul Feig is a three-time Emmy nominated writer and director, filmmaker, producer, and author. He most recently directed the critically acclaimed reboot of Ghostbusters, and his next film, A Simple Favor, an adaption of the novel by Darcey Bell starring Anna Kendrick and Blake Lively, is set to release this September. Feig also directed hit films including the comedy Spy, starring Melissa McCarthy, and Bridemaids, which garnered Academy Award nominations for Best Supporting Actress and Best Original Screenplay.

Jordan Carlos most recently served as a writer and on-air contributor for Comedy Central’s late night series, The Nightly Show with Larry Wilmore. His TV credits include; Friends from Colllege (Netflix), Broad City (Comedy Central), Michael and Michael Have Issues (Comedy Central), The Affair (Showtime), Nurse Jackie (Showtime), and Girls (HBO). If you’re in the New York City area, you can also check out Jordan and Michelle Buteau hosting their hilarious monthly comedy show #ADULTING, where they welcome guests to break down the what, the how, the where and the why #ADULTING is the puberty you opt into.

In the great tradition of late night, but with Michelle’s signature comedy and warmth, Late Night Whenever features celebrity interviews, hilarious monologues and music from Michelle’s BFF Rob Lewis, producer to stars like Christina Aguilera and Patti LaBelle.

Get ready for the no-budget Oprah experience as Michelle turns the mic on her audience. She’ll keep you on your toes like Misty Copeland at the Met!