As part of WQXR’s Artist Propulsion Lab series, Layale Chaker presents Radio Afloat, a reflection on the intertwined destinies of people and the natural world, which manifest even louder in times of collective pain; a commentary on the ebb and flow of politics of power and conflict that further the vulnerability of the land and those who tend to it.

Conceived as a suite of intersecting movements, it echoes “The Trace of Blue Passion,” a poem by Lebanese author Ounsi el-Hage:
“… And just as birds flock wisely
I trekked from ocean to ocean
From peak to branch
From night to night to night
Until I was hit
With the prestige of sweet madness.
After we witnessed the extent of birds’ wisdom
I remind you that it is in the nature of creatures
To harm themselves.
I was a turtle on the rocks
Engraved on tree trunks and bolsters
Engraved on rings
Engraved on the ankles of mountains.
And I saw space
So I saw space
And when I saw its beauty, I fell in love with a dove who carried me.
And when she smelled, adoringly, the earth on me
She laid me down in the soil
And from the dove I raised myself…”
(translated from Arabic by Sara Elkamel) 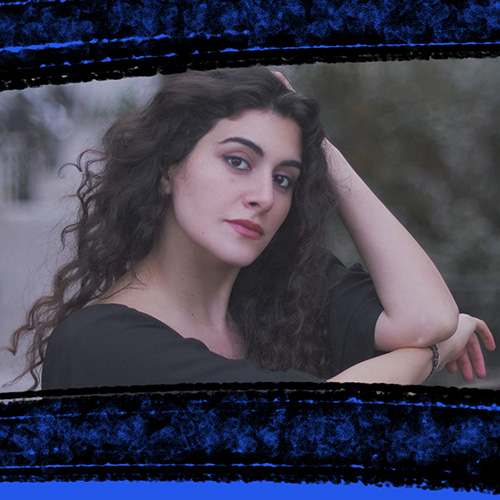 Deemed a “rising star” by BBC Music Magazine, violinist and composer Layale Chaker was raised on the verge of several musical streams since her childhood, and received musical training at the National Higher Conservatory of Beirut in her native Lebanon, Conservatoire de Paris and the Royal Academy of Music in London.

Her debut album with her ensemble Sarafand, “Inner Rhyme”, recipient of the AFAC 2018 fund, is dedicated to the sounds, rhythms, rhymes, shapes and forms of Arabic poetry. The album was released on In a Circle Records, and listed as “Top of The World” by Songlines with a 5-star review, rated #2 on NPR 10 Best Releases, #1 for several weeks on the World Charts of iTunes and Amazon Music, and has received praises by the BBC Music Magazine, The New York Times, The Strad, Strings Magazine, Jazz World among others.

A Nadia et Lili Boulanger 2019 laureate, Layale Chaker is a finalist of the Rolex Mentor & Protege 2018 Prize, the recipient of the Diaphonique Franco-British Commission Prize 2019, the 2018 Arab Fund for Arts and Culture Grant, the Royal Academy of Music 2018 Guinness Award, and the winner of the Ruth Anderson 2017 Competition.