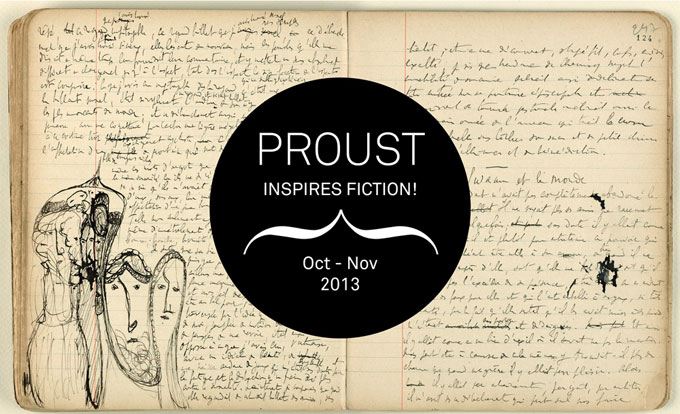 This Proust inspires Fiction! panel is part of the Year with Proust Festival organized by the French Cultural Services, which began with an exhibit at the Morgan Library and will culminate in “A Nomadic Reading” for 7 nights in 7 locations all over NYC! For more information, visit frenchculture.org.

Lila Azam Zanganeh is a writer who was born in Paris to Iranian parents. After studying literature and philosophy at the Ecole Normale Supérieure, she moved to the United States to teach literature, cinema, and Romance languages at Harvard University. She has contributed to a host of American and European publications, including The New York Times, The Paris Review, Le Monde, and La Repubblica. She is the author of The Enchanter: Nabokov and Happiness and is currently at work on a novel, The Orlando Inventions.

Catherine Millet is a French writer, curator, and founder and editor of the prestigious magazine Art Press, which focuses on modern and contemporary art. She is also the author of eight books of art criticism. Millet is best known for her memoir The Sexual Life of Catherine M., an international bestseller that has scandalized, titillated and intellectually provoked readers the world over and has been hailed as one of the most important books on sexuality to be published in decades. In 2008 she published a sequel of sorts called Jour de Souffrance, translated into English in 2009 as Jealousy: The Other Life of Catherine M.

Jean-Christophe Valtat received his Ph.D in Comparative Literature from Paris III, Sorbonne-Nouvelle and is currently Associate Professor in Comparative Literature at Blaise Pascal University in Clermont-Ferrand. A true storyteller, Valtat’s work mixes humor and poetry, romance and politics. His steampunk adventure series The Mysteries of New Venice is not only science fiction, but also thriller, fantasy, and Arctic adventure! His two novels written in English, Aurorarama and Luminous Chaos are part of Melville House’s The Mysteries of New Venice series. In French, he has written a book of short stories, Album, and two novels, Exes, and 03.

Edmund White is an American novelist, as well as a writer of memoirs and an essayist on literary and social topics. Much of his writing is on the theme of same-sex love. Among his best-known works are The Joy of Gay Sex (written with Dr. Charles Silverstein) and his trio of autobiographic novels, A Boy’s Own Story, The Beautiful Room Is Empty and The Farewell Symphony. In addition to being a widely praised novelist, White has also been influential as a cultural critic, chronicling three decades of gay life and culture with a unique humour and understanding.