Getting Busy with Sean Paul: In Conversation with Pat McKay

Getting Busy with Sean Paul: In Conversation with Pat McKay

It’s been 20 years since Sean Paul’s smash album Dutty Rock took over the airwaves and set pulses racing with hits like “Get Busy,” “Gimme the Light,” and “Like Glue.” The GRAMMY Award-winning artist has collaborated with everyone from Beyoncé to Enrique Iglesias.

Join us for an intimate evening as the Director of Programming of Reggae at Sirius XM, Pat McKay, sits down with the international Dancehall sensation to discuss the impact of the album, the history of Dancehall, and reflect on Sean’s impressive decades-long career. 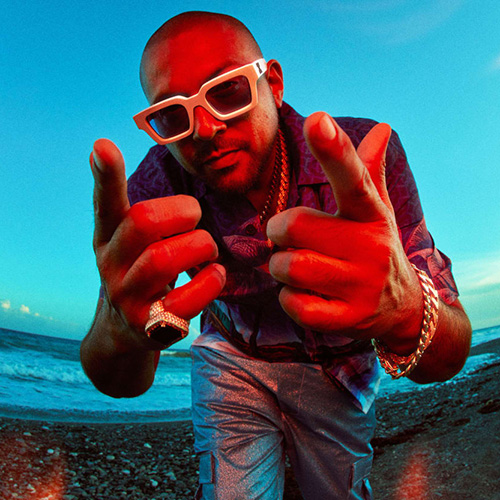 Sean Paul is a Jamaican rapper and singer who is regarded as one of dancehall’s most prolific artists. In 1994, he joined the Dutty Cup Crew and released his first solo song Baby Girl two years later. In 1998 he got his first big look outside of the island when he appeared alongside DMX on the muscular Top Shotter, from the soundtrack to the influential cult classic movie Belly.

In 2000 he released his debut album, Stage One, but it was 2002’s multi-platinum follow-up, Dutty Rock, that sent his career into the stratosphere. Supported by the five top 15 singles, including the immortal No. 1 smash Get Busy, Dutty Rock went on to win the Grammy for Best Reggae Album and earned Sean a nomination for Best New Artist, the first time a dancehall artist had garnered such a distinction.

His 2006 album The Trinity notched Sean another solo No. 1 hit, with Temperature, a scorching party-starter driven by hammering percussion. Proving that Dutty Rock wasn’t some outlier, The Trinity went platinum, cementing his status as a hitmaker that continues to this day.