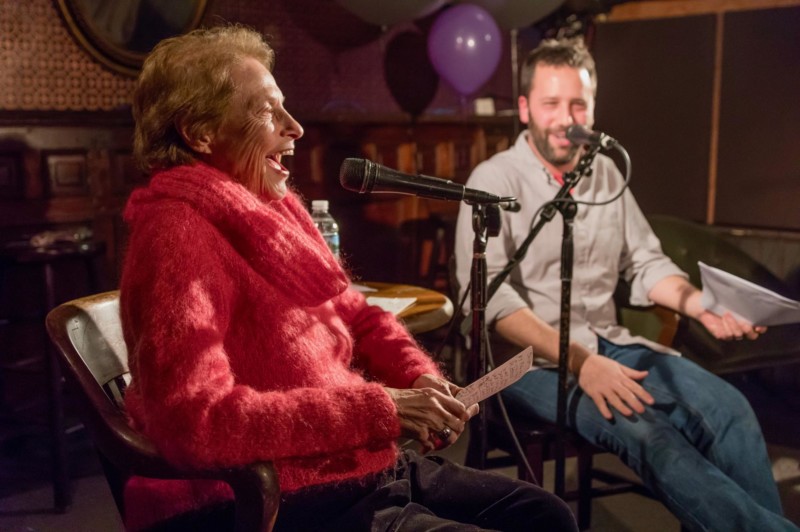 Mimi and Dan will discuss relationships and family, current food trends, and their own eating quirks. Plus Mimi shares stories from her time as a trailblazing food writer in New York, and her stint as the first woman named New York Times restaurant critic.

Dan Pashman is the James Beard Award-winning creator and host of The Sporkful food podcast at Stitcher and Cooking Channel’s web series You’re Eating It Wrong. He’s also the author of Eat More Better: How to Make Every Bite More Delicious (Simon & Schuster) and a contributor to NPR, Slate, Buzzfeed, and LA’s KCRW.

Mimi Sheraton is a journalist, restaurant critic, lecturer, IACP and James Beard Award–winning cookbook author, and the woman about whom famed chef Jean-Georges Vongerichten declared: “Her knowledge knows no bounds, her glossary of flavors is ultimate. Her opinion is like gold.” The former restaurant critic of The New York Times, she’s also written for The New Yorker, Vogue, Vanity Fair, Food & Wine, Smithsonian, and more.

Maeve Higgins is the host of the hit podcast Maeve In America: Immigration IRL. She has performed all over the world, including in her native Ireland, Edinburgh, Melbourne and, most recently, Erbil. Now based in New York, she co-hosts Neil deGrasse Tyson’s StarTalk on National Geographic and has appeared in Comedy Central’s Inside Amy Schumer. Her work has been published in The New York Times and The Irish Times, and she is writing a book of essays for Penguin due for publication later this year.

Robert Krulwich is co-host of Radiolab, WNYC’s Peabody Award-winning program about ‘big ideas’ now one of public radio’s most popular shows. He is also the author of the “Curiously Krulwich” blog, featured on National Geographic, where he illustrates hard-to-fathom concepts in science using drawings, cartoons, videos, and more. His specialty is explaining complex subjects, science, technology, economics, in a style that is clear, compelling and entertaining.