Get a taste of a faraway place right here in our intimate studio space. Using a novel as a launching pad, Ticket To… explores a nation through its history, cuisine and culture.

This month, we travel to Colombia through the eyes of Juan Gabriel Vásquez’s The Sound of Things Falling with host  Beenish Ahmed, founder of The Alignist book club and subscription service. She’ll talk with Vásquez about his portrait of a young academic in Bogota.

The evening will also include:

Reading the assigned novel in advance of the event is highly recommended, but not at all required to enjoy the show.

A box is available from The Alignist with novel, related information, Colombian fair trade items and recipes here. Use offer code GREENE15 for 15% off until the event.

Can’t make it to the show? Livestream it, starting at 7 pm!

Juan Gabriel Vásquez‘s previous books include the International IMPAC Dublin Literary Award winner and national bestseller, The Sound of Things Falling, as well as the award-winning Reputations, The Informers, The Secret History of Costaguana, and the story collection Lovers on All Saints’ Day. Vásquez’s novels have been published in twenty-eight languages worldwide. After sixteen years in France, Belgium, and Spain, he now lives in Bogotá. 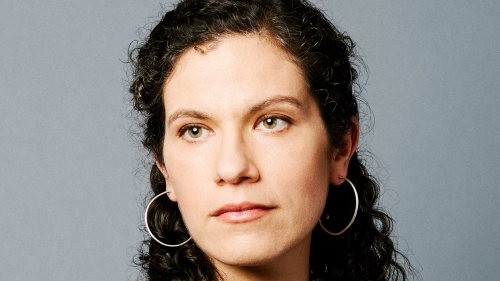 Maria McFarland Sanchez-Moreno is executive director of the Drug Policy Alliance, author of the narrative non-fiction book There Are No Dead Here: A Story of Murder and Denial in Colombia and former co-director of the Americas Program of Human Rights.

Maria’s commitment to social justice and drug policy reform dates from her childhood, which she spent mostly in Peru. She was strongly influenced by her early work at Human Rights Watch researching Colombia, where drug profits fueled massacres and official corruption.

During her tenure at Human Rights Watch, Maria led a team advocating against racial discrimination in policing, excessive sentencing, and unfair deportation policies that tear families apart, all issues closely intertwined with the United States’ cruel and irrational approach to drugs. She also pressed the organization to more directly address the war on drugs as a human rights issue. As a result, in 2013 Human Rights Watch became the first major international human rights organization to call for decriminalizing the personal use and possession of drugs and global drug reform more broadly.

Maria is the author of the narrative non-fiction book There Are No Dead Here: A Story of Murder and Denial in Colombia, released by Nation Books in February 2018, which won the Juan E. Mendez Human Rights Book Award. 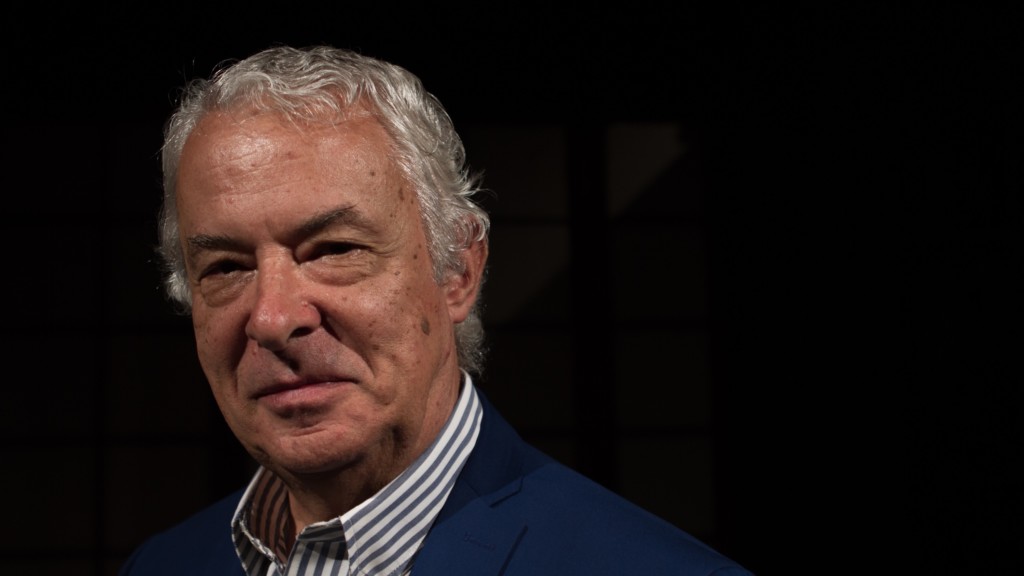 Germán Jaramillo was born in Manizales, Colombia, in 1952. He co-founded one of the most important repertory theater company in Colombia, the Teatro Libre, and its School of Acting, where he worked as resident actor, director and producer for almost 30 years in close to forty productions. Several of his roles earned him recognition as best theater actor of the year in Colombia. In 2000 he starred in the internationally acclaimed film La Virgen de los Sicarios, directed by Barbet Schroeder and was awarded the Gold Medal in the Venice Film Festival (2000), where he was nominated for Best Actor and became famous internationally for his work as an actor. He has also starred in other films and TV productions in Colombia and abroad.

In August 2001 he came to New York and founded ID Studio Theater in NYC, where as artistic director he directed and produced 20 plays over the course of 18 years, several of them jointly with the Theater for the New City in New York. Among these, the Juan Rulfo Trilogy was awarded the prize for Best Play in the Hispanic Theater Festival sponsored by the Dominican Cultural Commission in 2011.  Jaramillo received the prize of Best Director for the Trilogy there as well as from ATI (the Association of Independent Theaters). 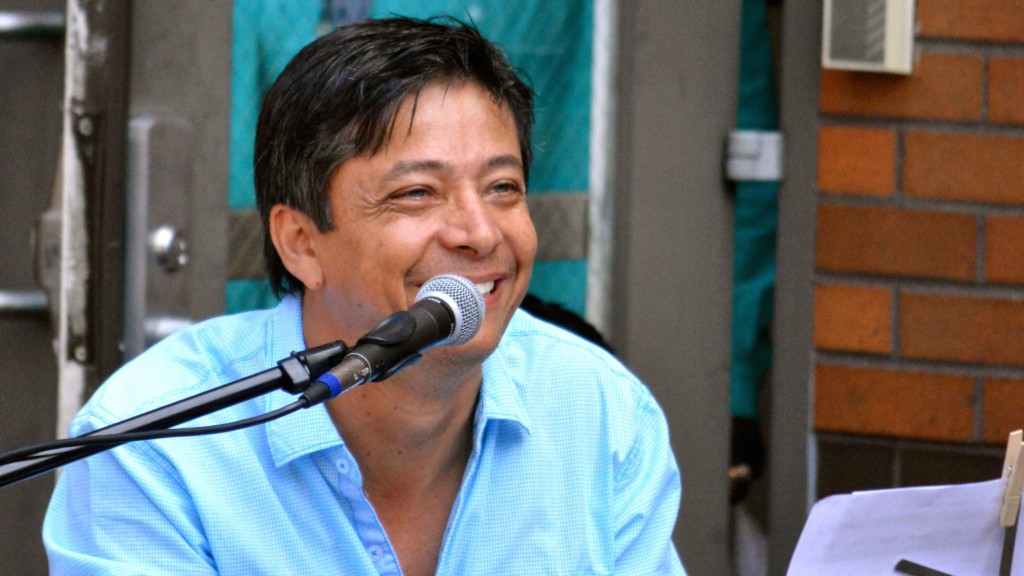 One of the contemporary voices of Colombia outside its borders, Pablo Mayor has dedicated the last seventeen years to writing, producing and promoting Colombian music in New York City. He has produced three CD’s with his band the Folklore Urbano Orchestra and taken the band to both national and international venues. Mayor’s music has been featured by Arturo O’Farrill’s Afro-Latin Jazz Orchestra, and his arrangements recorded by Totó la Momposina.  He is founder and producer of NYC’s annual 14-year running Colombian music festival Encuentro NYC.  He now works out of the South Bronx, at ID Studio, where he leads the musical segment of ArtsLatinoNY, a multi-disciplinary alliance of ID Studio Theater and Pajarillo Pinta’o dance company.  He leads the ArtsLatinoNY ensemble, teaches privately, and has a recording studio to record live music in the space. 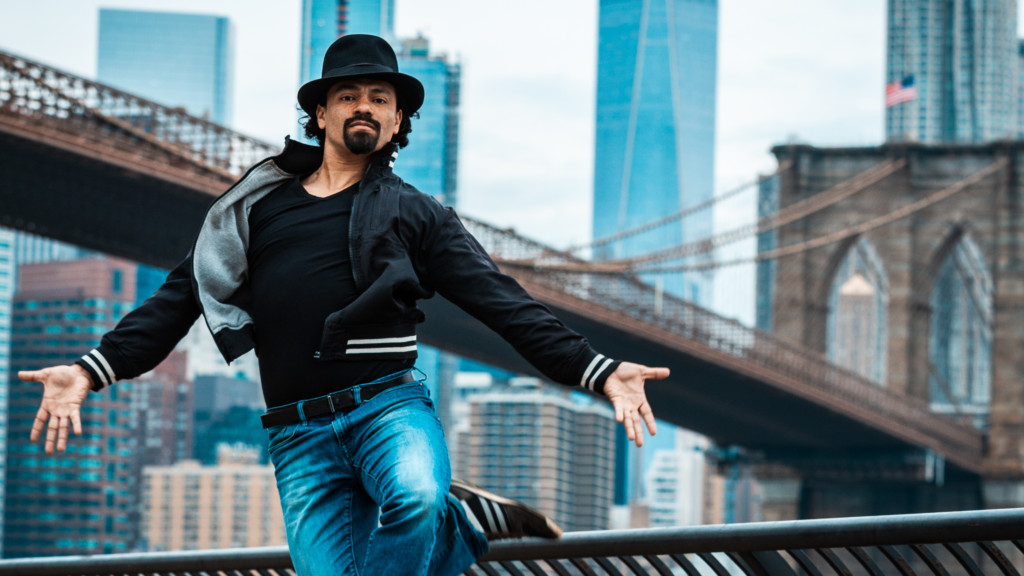 Daniel Fetecua Soto is a dancer, teacher, choreographer and producer who has appeared as guest artist in Pina Bausch’s masterpieces, Rite of Spring and Tannhäuser, and was a soloist member of the Limón Dance Company for ten years (2006-2016).  Fetecua has also worked with La Fura dels Baus, Kuo Chu Wu, and won a Salsa Award in the European Salsa Championship in 2004.  He is the founder and artistic director of two dance companies: Pajarillo Pinta’o, a dance company that preserves and promotes Colombian traditional dances and has been awarded two grants from the Harlem Stage fund, and D-Moves, a contemporary dance project that combines Colombian traditions, Modern Dance and German TanzTheater.

His collaborations include Amalgama with musician and composer Pablo Mayor and Wolf: A Transformation, a piece by Rosalie Jones/Daystar from whom Daniel holds the rights to the performance, preservation and promotion of the piece.  Fetecua is resident choreographer of ID Studio Theatre as well as Teatro SEA for which he choreographed A Tango Dancing Cinderella, Sueño, and La Gloria: A Latin Cabaret.  For La Gloria, Fetecua recently won an HOLA award for Best Choreography.  2014 commissions include a piece for the Connecticut ballet and María de Buenos Aires for Opera Hispanica.  As an avid educator, he works as co-artistic director of CumbiaForKids/CumbiaForAll with Folklore Urbano NYC/Pablo Mayor, currently teaches dance classes for the Limon dance company and its student program, and leads workshops for Limon4Kids.   Fetecua was recently hired as adjunct dance faculty at the NYU Tisch School of the Arts for the fall term. He is the producer and artistic director of LATITUDES DANCE FESTIVAL, a new NYC based platform to promote and present Latin American companies and choreographers from around the world.  Fetecua holds a BFA from Folkwang-University of the Arts (Germany). 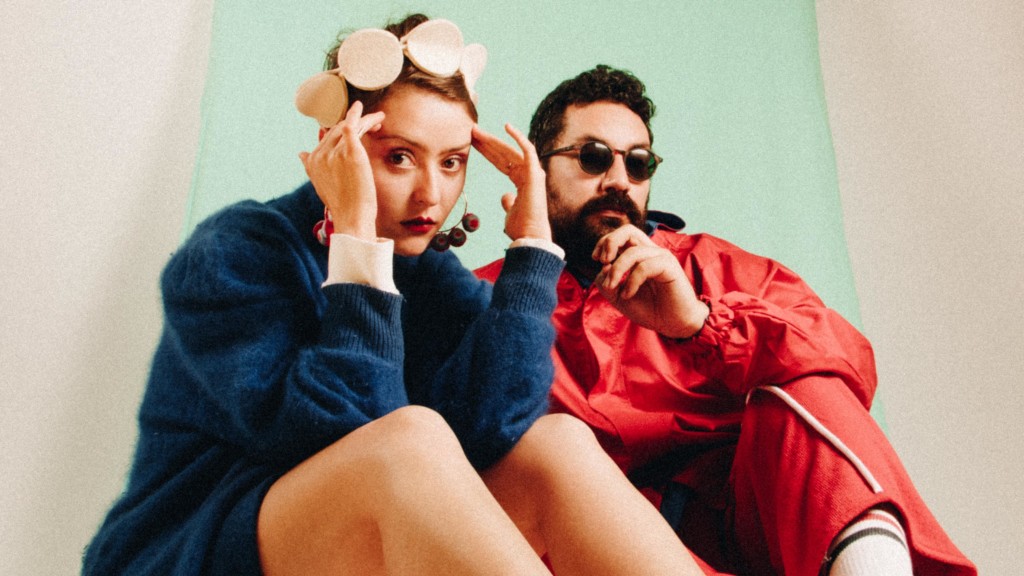 Credit: Courtesy of the artists

The band combines live instrumentals, electronics, and choreographed lighting to create an immersive environment of “crackling energy” (Pitchfork). They are influenced by tropical sounds and their Colombian upbringing.

Salt Cathedral have released three EPs and five singles.  They’ve garnered over 29 million plays on Spotify and thousands of fans from all over the world and their music has been featured on prestigious music publications such as The Guardian, Pitchfork, FADER, VICE, Billboard, Consequence of Sound, and The Village Voice.

Ticket includes complimentary drink and a taste of a Colombian delicacy