Now is your chance to hear some of the best undiscovered classical musicians around New York City compete live in The Greene Space before a panel of celebrity judges.  Root for your favorite and see who will take home the gold in the ultimate classical music showdown!

Our esteemed panel of judges: 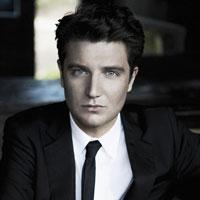 First Prize winner at the Leeds and Hamamatsu international piano competitions, and a 2009 Avery Fisher Career Grant recipient, Bax has appeared as soloist with over 100 orchestras worldwide, including the London Philharmonic, Houston Symphony, NHK Symphony in Japan, St. Petersburg Philharmonic under Yuri Temirkanov, and the City of Birmingham Symphony Orchestra with Sir Simon Rattle.  This season he added a Russian album and a solo collection dedicated to his daughter to a burgeoning discography that includes works by Bach, Beethoven, Brahms, Mozart, Rachmaninov and Stravinsky. 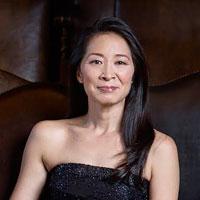 An active chamber musician, Nina Lee has collaborated with many artists such as Felix Galimir, Jaime Laredo, David Soyer, Nobuko Imai, Isidore Cohen and Mitsuko Uchida, and has performed at the Marlboro and Tanglewood Music Festivals. She has toured with Musicians from Marlboro and has participated in the El Paso International Chamber Music Festival.  Ms. Lee teaches at Princeton University and Columbia University. 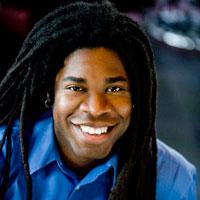 Praised for his “nobility and rich tone,” (The New York Times) and his “enormous, thrilling voice seemingly capable … [of] raising the dead;” (Wall Street Journal), bass-baritone Dashon Burton’s 2015-16 season included performances with Boston’s Handel and Haydn Society, the Baltimore Symphony, the Bach Society of St. Louis, the New Jersey Symphony, Boston Baroque, and the Kansas City Symphony, where he ends the season in June 2016 in a re-engagement for performances of Beethoven 9 with Music Director Michael Stern.   He has won prizes from the ARD International Music Competition in Munich and the 49th International Vocal Competition in ‘s-Hertogenbosch, the Netherlands and had First Place wins in both the 2012 Oratorio Society of New York’s Competition and the Bach Choir of Bethlehem’s Competition for Young American Singers.  In addition to his work in early music, Mr. Burton is an avid performer of new music, and is a founding member of Roomful of Teeth, a vocal ensemble devoted to new compositions using the fullest possible range of vocal techniques.

You can watch videos of all of the contestants here.