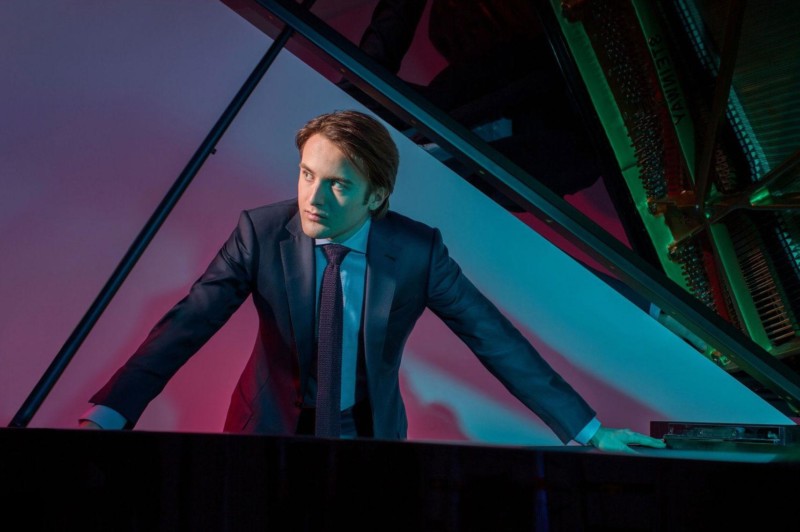 Watch a live video webcast of the sold-out show here at 7pm ET.

The International Tchaikovsky Competition Gold Medal-winner will be joined by esteemed pianist Sergei Babayan (Artist-in-Residence, Cleveland Institute of Music; Juilliard Professor; and Trifonov’s teacher), for a rare performance of Rachmaninoff’s Suite No. 2 for Two Pianos, Op. 17.  The program also includes Trifonov solo in his own Rachmaninoff-inspired composition, Rachmaniana, recently released by his record label Deutsche Grammophon.

“Mr. Trifonov has scintillating technique and a virtuosic flair,” noted The New York Times. “He is also a thoughtful artist . . . [who] can play with soft-spoken delicacy, not what you associate with competition conquerors.”

British commentator Norman Lebrecht called Trifonov, “a pianist for the rest of our lives.” Lebrecht continued, “This is a major artist, phenomenally gifted and almost fully formed, with fresh ideas and a winning stage presence that is quite irresistible from the moment he bounds through the door and sits at the keyboard, unable to contain his need to share.”

Mr. Trifonov’s November 12 performance with the New York Philharmonic will also be broadcast live by WQXR at 105.9 FM and streamed online at wqxr.org