Violinists Nadja Salerno-Sonnenberg, Joshua Bell, and Chee-Yun; cellist Matt Haimovitz; and pianist Orli Shaham are some of the few who have been heard on the weekly program in the earliest stages of their careers.

Join us in The Greene Space at WQXR as we celebrate and honor this milestone 40th anniversary. The evening will include a world premiere, commissioned for the occasion, by Pulitzer Prize-winning composer William Bolcom in a special performance by Bolcom and his wife, mezzo-soprano Joan Morris. The Gaudete Brass Quintet will also be on hand to perform another world premiere, John Corigliano’s Gazebo Dances (in a special transcription for brass by Cliff Colnot); as well as a fanfare by Eric Ewazen, originally commissioned for the YAS’s 30th anniversary.

You can watch a live video stream of the show here 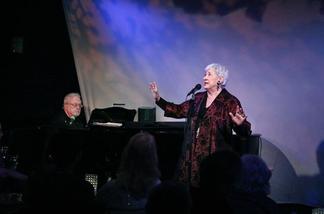 William Bolcom is a composer of cabaret songs, concertos, sonatas, operas, symphonies and more. He was awarded the 1998 Pulitzer Prize in Music for his 12 New Etudes for piano, and was also named the 2007 Composer of the Year by Musical America. He received a Grammy Award for his groundbreaking setting of Blake’s Songs of Innocence and of Experience.

Since 1973, Joan Morris has concertized with Bolcom, her husband and accompanist, singing popular songs from the late 19th century throughout the 1920s and 30s, the latest songs by Leiber and Stoller, and cabaret songs by Bolcom and poet-lyricist Arnold Weinstein. The Chicago Tribune wrote, “Her voice is notable for ease, flexibility, expressiveness.” 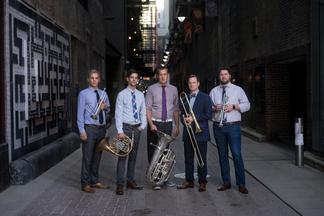 Since 2004, the Gaudete Brass Quintet has committed itself to presenting serious brass chamber music through compelling concerts, commissioning new works and adventurous recordings. The group has engaged in live performances at venues such as Merkin Hall and Symphony Space in New York City and Millennium Park in Chicago, commissioned new works from noted composers such as David Sampson, Jonathan Newman, John Cheetham, Steven Bryant and Stacy Garrop, and appeared on radio broadcasts on WFMT in Chicago and Nashville Public Radio.