The late American composer Ingram Marshall pioneered the use of tape delay, and later, digital delay, as part of the architecture of a composition. His works often incorporated post-Minimalism, ambient electronic effects, and echoes of Indonesian gamelan music, along with the occasional nod to Beethoven or Sibelius. Many had a dark, nocturnal aspect, which led to the use of his piece “Fog Tropes” in the Martin Scorsese film Shutter Island.

Marshall died this spring at the age of 80, and on October 21, musicians and colleagues will gather to perform some of his electroacoustic works: guitarist Benjamin Verdery, pianist Timo Andres, electric violinist Todd Reynolds, pianist Sarah Cahill, oboist Libby van Cleve, and guest conductor Raquel Acevedo Klein with members of the Metropolis Ensemble; the event will be hosted by John Schaefer.

This concert is made possible in part by the Thendara Foundation.

Ingram Marshall was a composer who lived and worked in the San Francisco Bay Area from 1973 to 1985 and in Washington Sate, where he taught at Evergreen State College, until 1989. He studied at Lake Forest College, Columbia University and California Institute of the Arts, where he received an M.F.A., and was a student of Indonesian gamelan music, the influence of which may be heard in the slowed-down sense of time and use of melodic repetition found in many of his pieces.

In the mid-seventies he developed a series of “live electronic” pieces such as Fragility Cycles, Gradual Requiem, and Alcatraz in which he blended tape collages, extended vocal techniques, Indonesian flutes, and keyboards. He performed widely in the United States with these works. In recent years he concentrated on music combining tape and electronic processing with ensemble and soloists.

His music has been preformed by ensembles and orchestras such as the Theatre of Voices, Kronos Quartet, Bang on a Can All-Stars, Los Angeles Philharmonic, San Francisco Symphony, St. Louis Symphony, and American Composers Orchestra. He has received awards from the National Endowment for the Arts, Rockefeller Foundation, Fromm Foundation, Guggenheim Foundation, and the American Academy of Arts and Letters. Recent recordings are on Noneseuch (Kingdom Come) and New Albion (Savage Altars). Among recent chamber works are Muddy Waters, which was commissioned and performed by the Bang on a Can All-Stars, and In Deserto (smoke Creek), commissioned by Chamber Music America for the ensemble Clogs. January 2004 saw the premiere of Bright Kingdoms, commissioned by Meet the Composer, and performed by the Oakland-East Bay Symphony under Michael Morgan. The American Composers Orchestra in New York premiered his new concerto for two guitars and orchestra, Dark Florescence, at Carnegie Hall in February 2005. Orphic Memories, commissioned by the Cheswatyr Foundation, was composed for the Orpheus Chamber Orchestra and premiered in Carnegie Hall in April 2007.

“He was the type of teacher who believes the best lessons come from observation and exploration. His music allows the listener to do the same.”
—Nadia Sirota 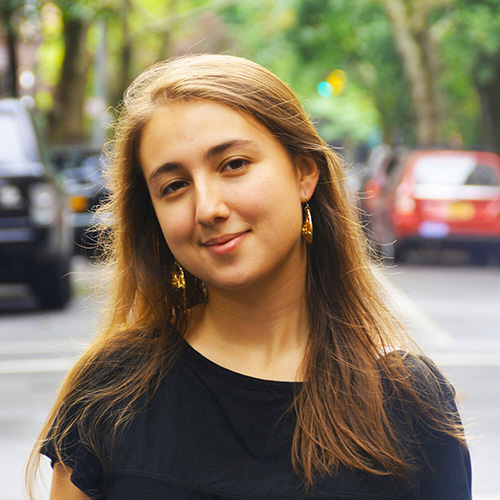 Raquel Acevedo Klein is a conductor, vocalist, composer and instrumentalist who has been described as “force to be reckoned with” by the Washington Post. She’s performed at all the great NYC halls including: Carnegie Hall, Lincoln Center, Radio City Music Hall, BAM and many more. 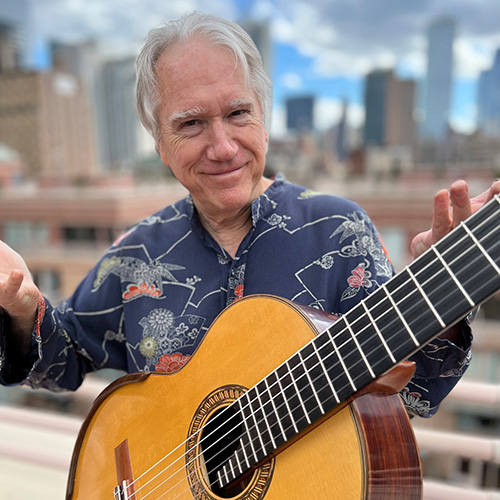 Guitarist, composer, and teacher Ben Verdery tours regularly throughout the US, Canada, Europe and Asia, performing at venues and festivals. He has written music for countless performers, and had works written for him. Ben has been guitar professor at the Yale School of Music, Artistic Director of 92Y’s Art of the Guitar series since 2007. 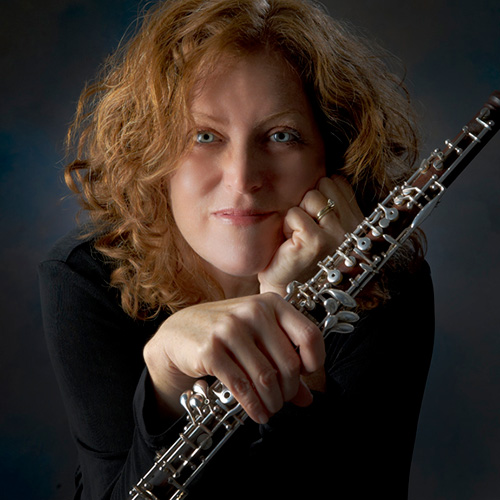 Libby van Cleve is an author, educator, and oboeist. She is one of the foremost interpreters of chamber and contemporary music for the oboe, and featured on the internationally acclaimed Dark Waters music by Ingram Marshall. 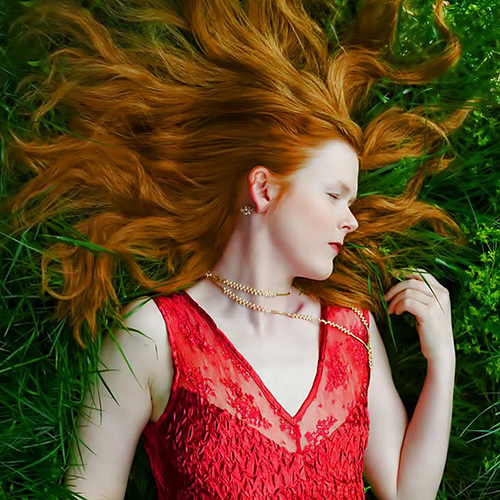 Sarah Cahill, pianist, writer, and producer has commissioned and premiered over seventy compositions for solo piano, recorded extensively, and produced a series called The Future is Female. She also hosts a radio show, Revolutions Per Minute, which airs on KALW in San Francisco. 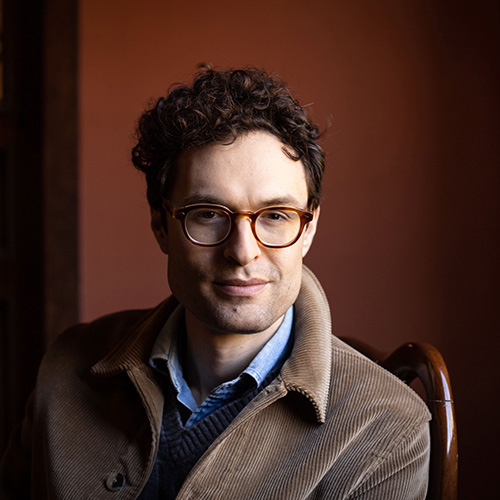 Composer and pianist Timo Andres is a Nonesuch Records artist, a Yale School of Music graduate, a Yamaha/Bösendorfer Artist and is on the composition faculty at the Mannes School of Music at the New School. 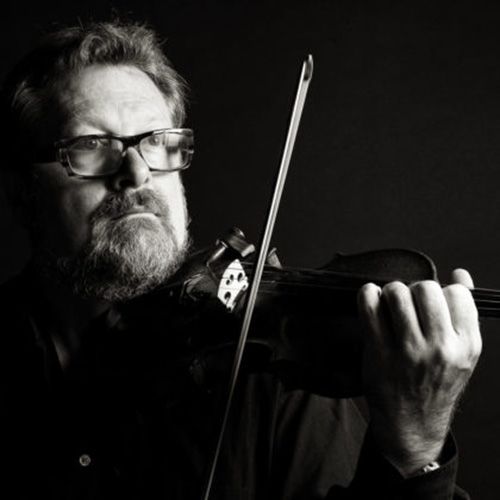 Violinist, composer, educator, improviser, and technologist Todd Reynolds is well known for his work with amplified violin and electronics, both solo and his work in the string group ETHEL. He is on the faculty at Manhattan School of Music. 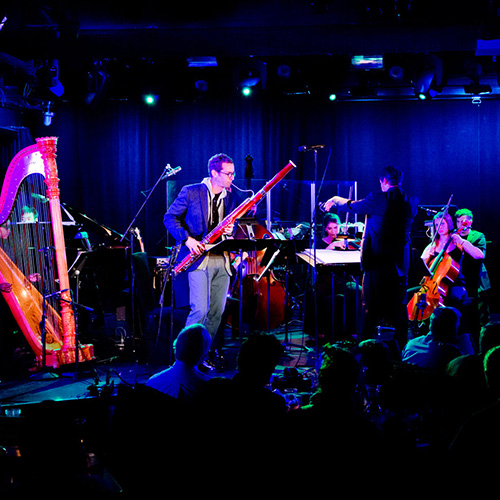 Metropolis Ensemble is a dynamically evolving 21st Century Orchestra, dedicated to creating a future for classical music that is of and for the time we live in. Metropolis Ensemble exists to support ascending contemporary classical performers and composers, often engaging them with other bleeding-edge cultural innovators and artists through its unique collaborative process.