On the second day of Michael Mwenso’s residency, Mwenso invites GRAMMY Award-winning 88-year-old blues legend, genius of truth and the King of artful entertainment, Bobby Rush, to speak (and perform) on his 75 year career in music and how he’s been able to keep audiences hopeful and joyful throughout a turbulent 20th and 21st century. Michael will then invite several artists to join Mr. Rush to engage in a multi-generational conversation. 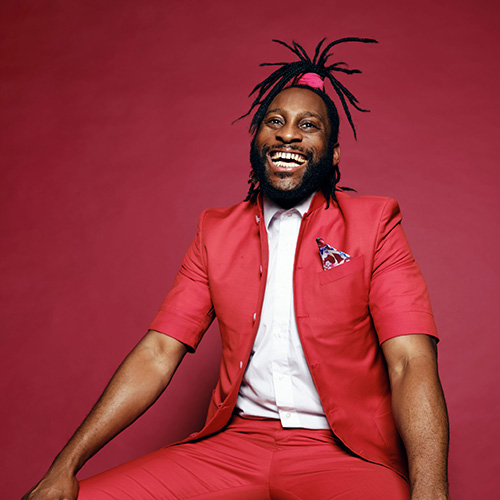 Michael Mwenso was born in Freetown, Sierra Leone but spent his teenage years hanging out at the legendary jazz club Ronnie Scott’s in London where he was exposed to musicians such as Benny Carter, Elvin Jones, Ray Brown and Billy Higgins. In his youth, Mwenso started honing his talents as a trombonist, singer and performer playing in jump bands, reggae and Afrobeat horn sections and at hard-bop sessions. Mwenso’s talent as a performer caught the attention of many, which subsequently led him to meet James Brown who allotted space for him to sing and dance at his London shows.

In 2012, friend and jazz musician Wynton Marsalis brought Mwenso to New York City to serve as curator and programming associate at Jazz at Lincoln Center where he also booked nightly sets at Dizzy’s Club Coca-Cola. Over the next few years, Mwenso booked and performed with the likes of Cécile McLorin Salvant, Jon Batiste, Aaron Diehl, Sullivan Fortner and Jamison Ross. Through these performances at Dizzy’s, Mwenso began to collaborate with a wide variety of Juilliard trained musicians that soon became known as The Shakes. This unique group of global artists presents music that merges entertainment and artistry with a formidable timeline of jazz and blues through African and Afro-American music. 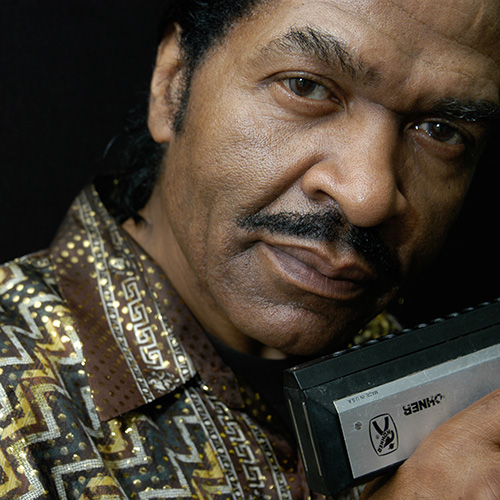 Bobby Rush has been making records for nearly 70 years and has more than 400 recordings, 75 career releases, and now 27 studio albums to his name.

After earning a Grammy Award for Best Traditional Blues Album and a Blues Music Award for Album of the Year for his studio recording Porcupine Meat in 2017, he spent a year writing his follow-up. In 2019, at age 85, he released Sitting on Top of the Blues with 11 originals, earning him another Blues Music Award and Grammy Award nomination. Rush is one of the last Black bluesmen from the class to emerge out of and triumph in the 1950s, ’60s, and ’70s. He has recorded for more than 20 labels, from Checker/Chess and ABC to Philly Int’l and Rounder/Concord.

Rush’s performance itinerary has encompassed some of the biggest music events around the world, from Chaifetz Arena in St. Louis to Byron Bay Bluesfest in Australia, countless European engagements, the Fuji Rock Festival in Japan, and closer to home, Bonnaroo and the New Orleans Jazz & Heritage Festival. Rush was the first bluesman to perform at the Great Wall of China, attracting an audience of more than 40,000 and earning him the title of “China’s Ambassador of the Blues.”