Emi Ferguson: I Leapt Across Oceans (Live and in-person)

Emi Ferguson: I Leapt Across Oceans (Live and in-person)

Everyone entering our venue must present proof that they have been fully vaccinated against COVID-19. Please review the current policies and safeguards we have put in place to keep everyone safe.

WQXR’s Artist Propulsion Lab celebrates Women’s History month with an evening of songs that have leapt across oceans and wound their way between cultures, instruments, and peoples. Flutist and vocalist Emi Ferguson and the all-women Aizuri Quartet present works by Rhiannon Giddens, Barbara Strozzi, alongside
arrangements by Emi Ferguson of traditional and baroque songs.

Luciano Berio
“Black is the colour” from Folksongs 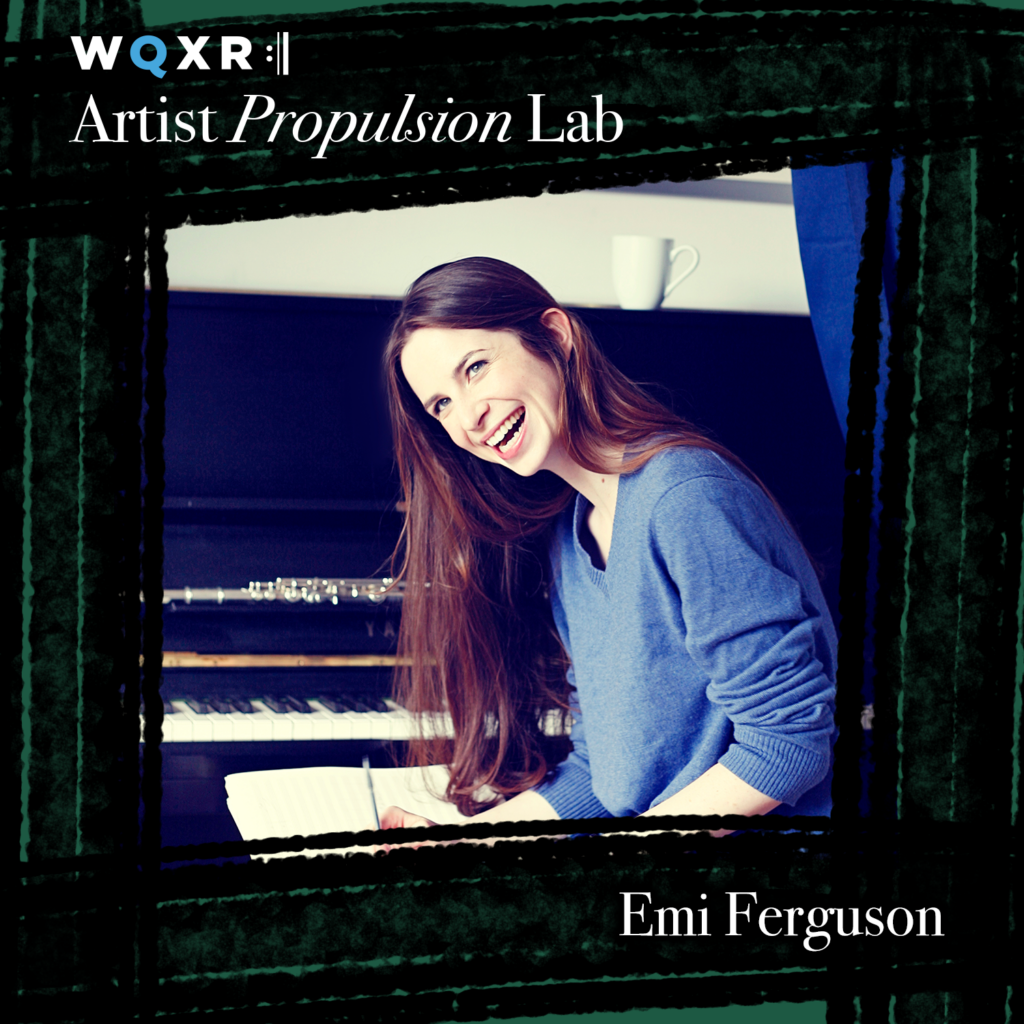 English-American performer and composer Emi Ferguson stretches the boundaries of what is expected of modern-day musicians. Emi’s unique approach to the flute can be heard in performances that alternate between the Silver Flute, Historical Flutes, and Auxilary Flutes, playing repertoire that stretches from the Renaissance to today.

Emi was a featured performer alongside Yo-Yo Ma, Paul Simon, and James Taylor at the 10th Anniversary Memorial Ceremony of 9/11 at Ground Zero, where her performance of “Amazing Grace” was televised worldwide. As a historical Flutist, in addition to her appointment as Principal Flute of the Handel and Haydn Society, Emi is thrilled to be a frequent guest soloist with period ensembles. She was the only flutist accepted to Juilliard’s inaugural Historical Performance  class, and was the first person to have graduated from Juilliard with Undergraduate and  Graduate degrees with Scholastic Distinction (awarded for her simultaneous studies in  Epidemiology) in flute performance, as well as a second Graduate degree in Historical  Performance as a Paul and Daisy Soros Fellow. Emi is currently on the faculty of  the Juilliard School, the Bach Virtuosi Festival, and has taught on the faculty of the  University of Buffalo. 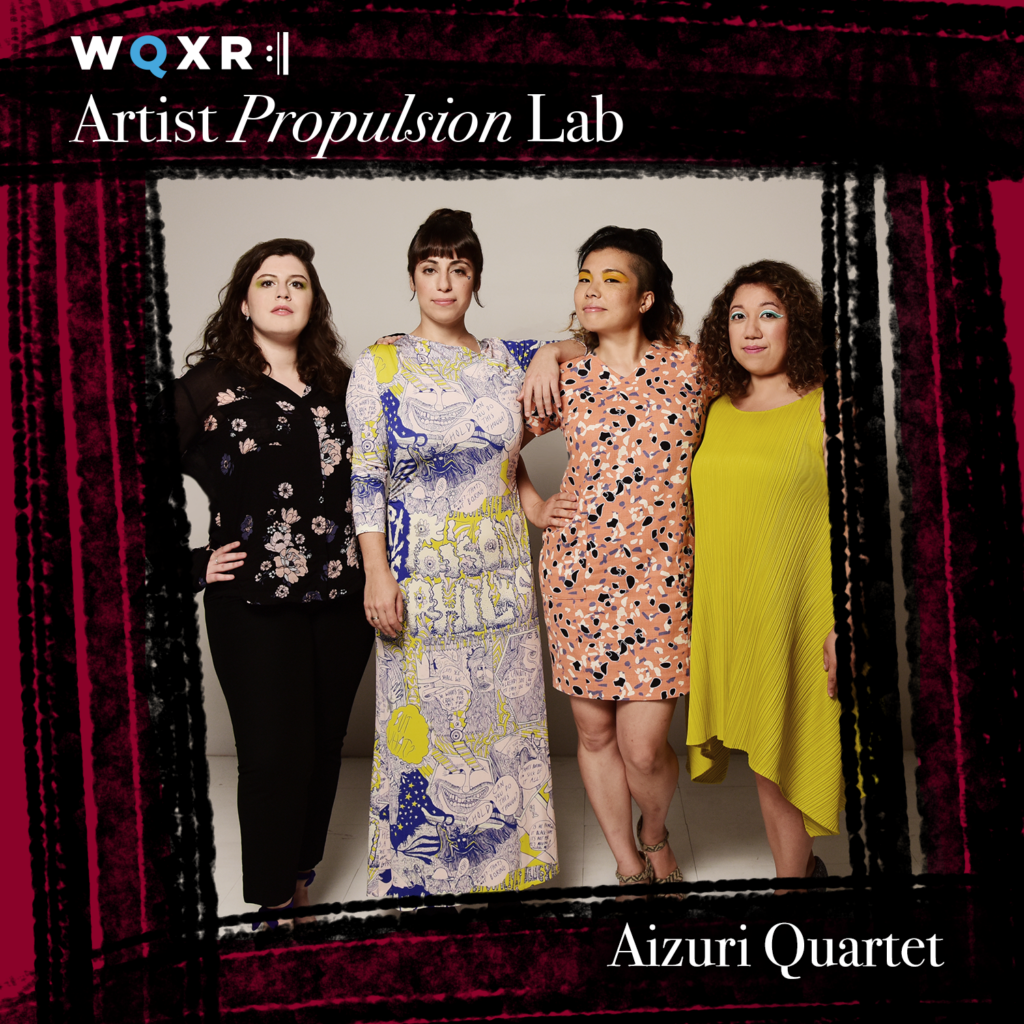 Formed in 2012 and combining four distinctive musical personalities into a powerful collective, the Aizuri Quartet draws its name from “aizuri-e,” a style of predominantly blue Japanese woodblock printing that is noted for its vibrancy and incredible detail. The Aizuri Quartet has established a unique position within today’s musical landscape, infusing all of their music-making with infectious energy, joy and warmth, cultivating curiosity in listeners, and inviting audiences into the concert experience through their innovative programming, and the depth and fire of their performances.

Praised by The Washington Post for “astounding” and “captivating” performances that draw from its notable “meld of intellect, technique and emotions,” they were awarded the Grand Prize at the 2018 M-Prize Chamber Arts Competition, along with top prizes at the 2017 Osaka International Chamber Music Competition in Japan and the 2015 Wigmore Hall International String Quartet Competition in London. The Quartet’s debut album, Blueprinting, featuring new works written for the Aizuri Quartet by five American composers, was released by New Amsterdam Records to critical acclaim (“In a word, stunning” – I Care If You Listen), nominated for a 2019 GRAMMY Award, and named one of NPR Music’s Best Classical Albums of 2018.

Year after year, innovative and inspired artists enter into NYC’s vibrant cultural landscape, and WQXR wants to help them grow. 2022 marks the second year of WQXR’s Artist Propulsion Lab — a program designed to advance the careers of early and mid-career artists and support the future of classical music. Over the course of 10 months, this impressive cohort of six emerging artists will utilize our station’s platforms and resources to infuse the work at WQXR with their diverse perspectives and ideas.