Fresh Off the Boat: A Conversation with Amy Chua, Awkwafina, Jay Smooth 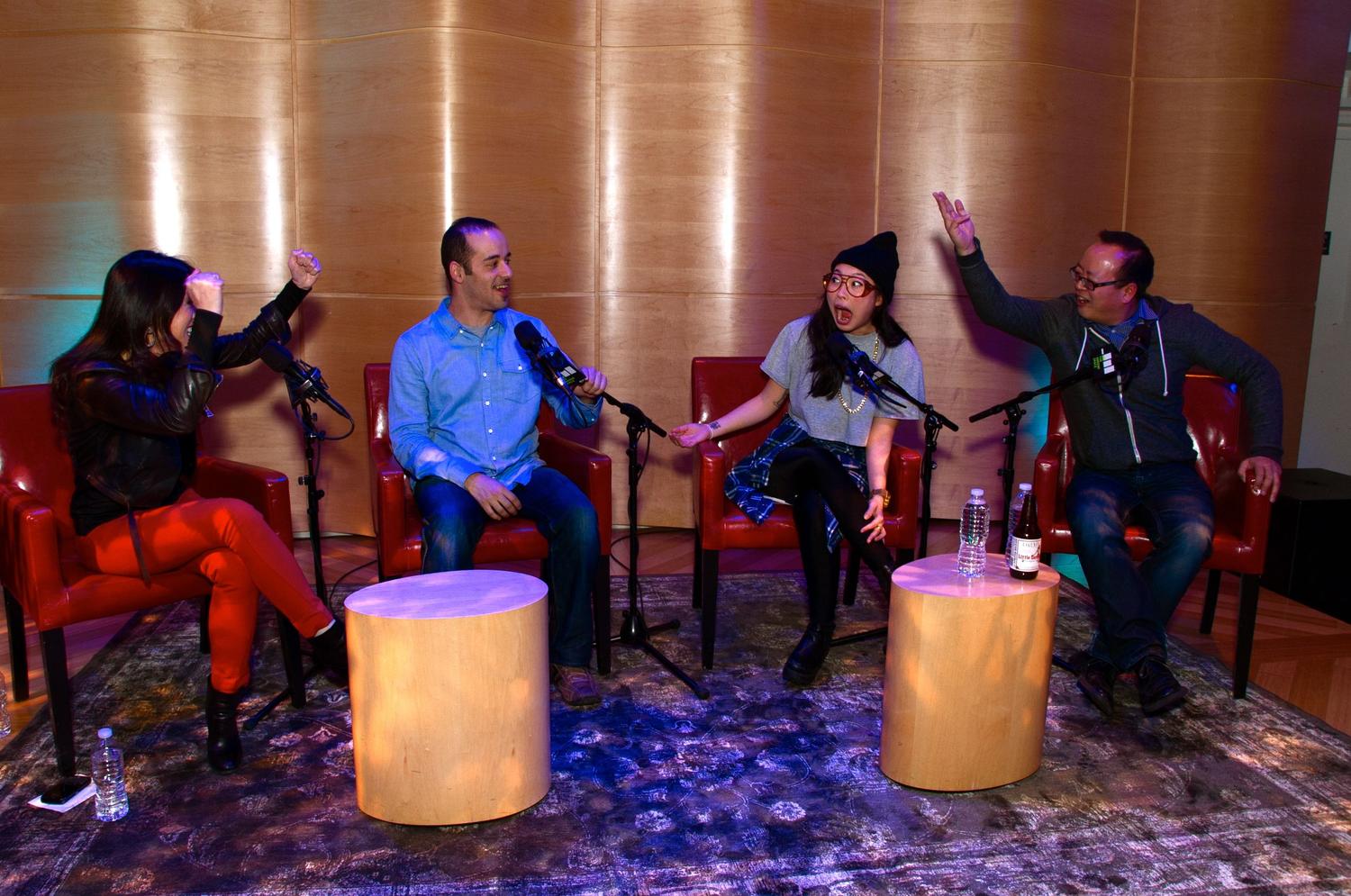 Amy Chua is the John M. Duff Professor of Law at Yale Law School.  She received both her A.B. and her J.D. from Harvard University and was the first Asian American Executive Editor of the Harvard Law Review.  After a stint on Wall Street, Professor Chua joined the Yale Law School faculty in 2001.  Her first book, World on Fire: How Exporting Free Market Democracy Breeds Ethnic Hatred and Global Instability was a New York Times bestseller and selected by both The Economist and the U.K.’s Guardian as a Best Book of 2003.  She is also the author ofDay of Empire (2007) and the 2011 memoir Battle Hymn of the Tiger Mother, a runaway international bestseller translated into 30 languages. Her latest New York Times bestseller, The Triple Package: How Three Unlikely Traits Explain the Rise and Fall of Cultural Groups, is coauthored with Jed Rubenfeld. Professor Chua has appeared on Good Morning America, The Today Show, The Colbert Report, Charlie Rose, and Real Time With Bill Maher.  She has addressed numerous policymaking institutions, including the World Bank, the Brookings Institution, the CIA, and the World Economic Forum in Davos.  In 2011 Professor Chua was named one of Time magazine’s 100 most influential people in the world and one of the Atlantic Monthly’s Brave Thinkers.  She also received the Yale Law School’s “Best Teaching” award. She tweets @amychua.

Queens native Awkwafina is a rapper, YouTube star, contributor to MTV’s “Girl Code” and all around funny lady. She tweets @awkwafina.