Join us for a live episode of The United States of Anxiety: Gender and Power as WNYC’s Kai Wright explores the life of Ida B. Wells and her decision as a young woman activist to take on a deadly fight, and not let up.

Wells biographer Paula Giddings will join us to discuss what made Wells a woman who refused to stop, even in the face of constant threats on her life. Writer and cultural critic Jamilah Lemieux, racial justice activist Linda Sarsour and Saily Avelenda will have an intimate conversation about their own lives – walking in Wells’ footsteps, pushing hard for change in a society that struggles with the idea of powerful women. Camille Sims will perform a selection from “Southern Horrors” and Marcelle Davies-Lashley will perform “I’ve Done My Work.”

About the Hosts and Guests

This show is produced with support from Chasing the Dream, a public media initiative from WNET reporting on poverty, jobs, and economic opportunity in America. 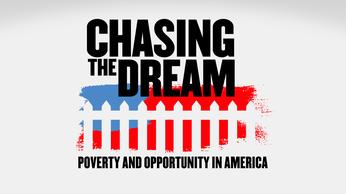