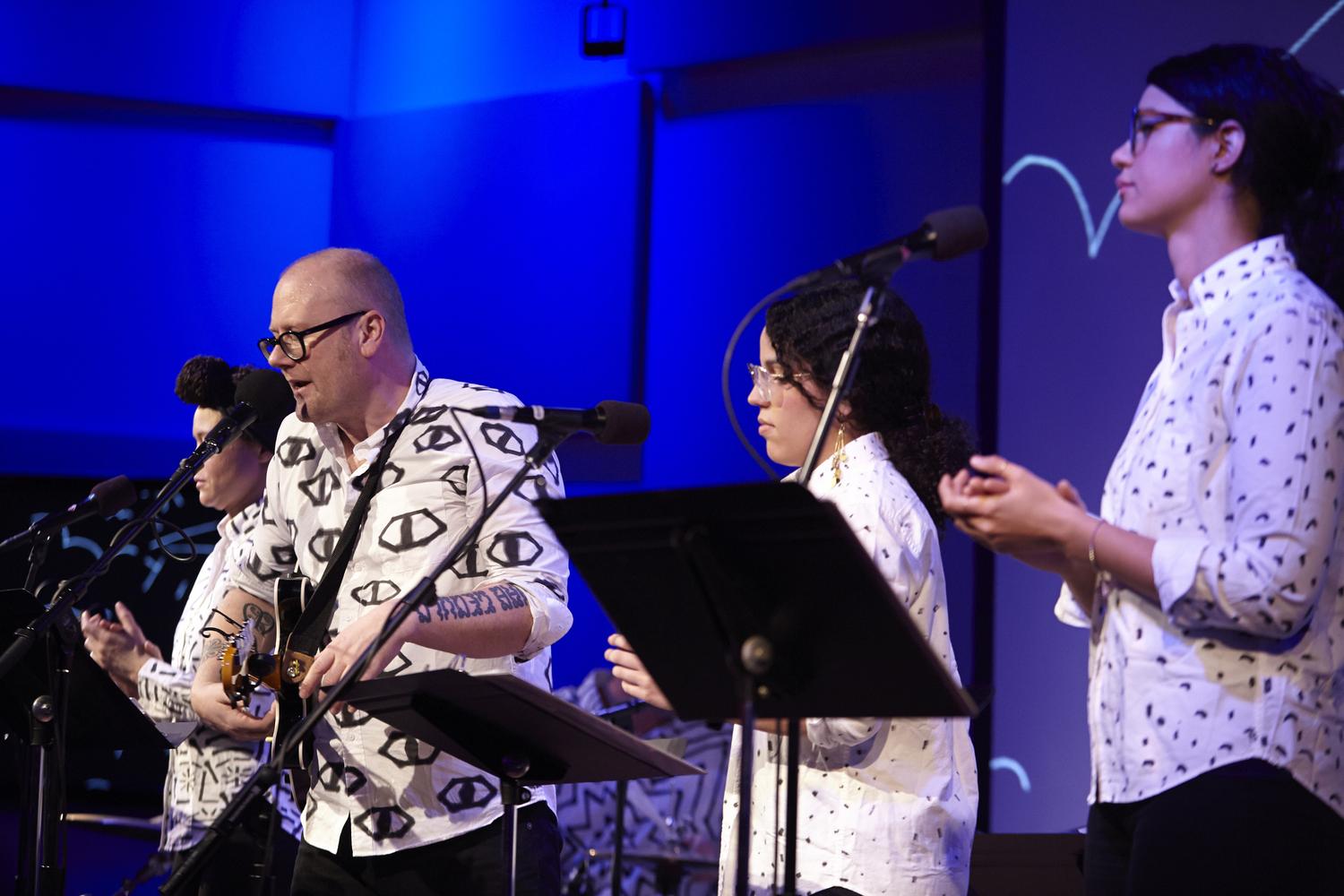 Studio 360 challenges listeners to make Creative Resolutions each year. At the beginning of 2014, the indie rock star and former Soul Coughing frontman Mike Doughty told host Kurt Andersen that he wanted to make a rock opera based on the Book of Revelation. “It is an absolutely terrifying, psychedelic tale of destruction, and the language is so beautiful,” Doughty told  Andersen. “I thought, with the right music and the right visuals, it would be a great show.” Studio 360 held Mike to his promise, and the result is Revelation. Watch the soulful, totally rocking world premiere performance below: