Should Faith be a Factor in the Presidential Campaign? 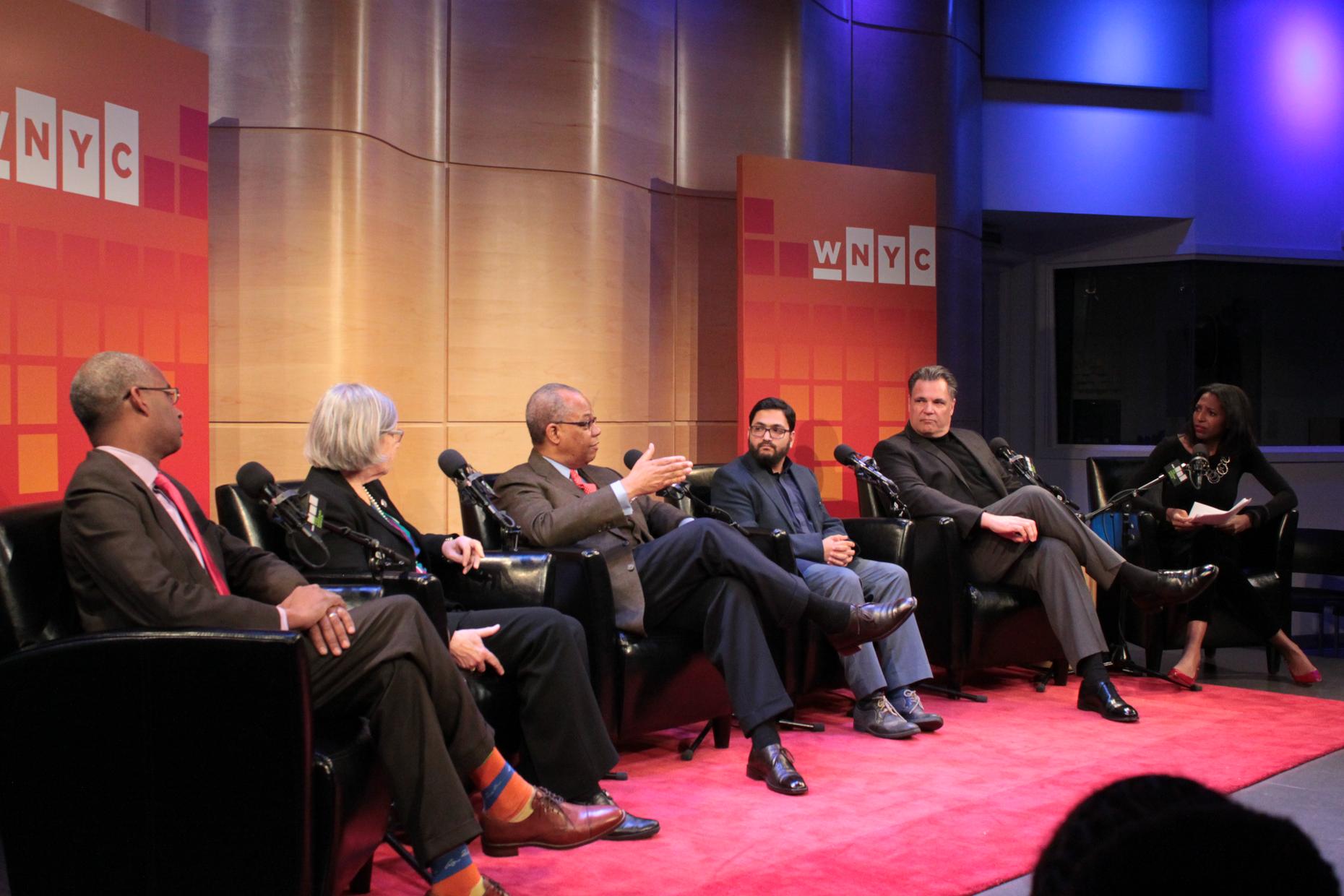 When it comes to choosing the next president, does a candidate’s religion matter? Should it?

In a conversation recorded at The Greene Space at WNYC on Tuesday, she explored the complicated terrain of faith and politics with guests Rev. Dr. Calvin Butts, pastor of Abyssinian Baptist Church in Harlem; Sister Simone Campbell, executive director of NETWORK, a national group of social justice advocates; Stephen Mansfield, author of “The Faith of Barack Obama”; Imam Sohaib Sultan, author of “The Koran for Dummies”; and Ron Christie, author and former special assistant to President George W. Bush.

Is faith a factor in your vote for president?

“I’d rather vote for an atheist than an agnostic. It takes a lot of faith to be an atheist,” quipped Rev. Dr. Calvin Butts. He explains why faith is becoming less of a consideration for him.

Religion should bridge divides, not build them

“If you can have different perspectives at the table, then you can unpack what is really going on, instead of name-calling and histrionics,” says Sister Simone Campbell.

A Lesson on Islam or the Constitution?

Former Republican presidential candidate Ben Carson has said any presidential candidate who was also Muslim would first have to reject the tenets of Islam before leading the nation. “As…somebody who wants to lead this country he must know the Constitution and that we have no religious tests for the office,” says Imam Sohaib Sultan.

“The President as a black man is a foreigner, and Muslims are foreigners,” says Sultan. “The tolerance of that rhetoric…has come home to roost.”

Will there ever be a time when religion does not play some role in American politics?

Hear what all of our panelists had to say on the future of faith and the presidency.