Join us for the premiere of The Soul Now Sings, a new Christmas musical by award-winning recording artist and composer Damien Sneed, with libretto by author Karen Chilton.

As a world-weary New Yorker trudges through a cold December night, the holiday spirit seems far away. But then a few chance encounters inspire tender reminiscences and an unexpected spiritual journey begins.

We tell this story of hope and transformation with a stellar cast of singers and musicians performing Sneed’s original arrangements of “Sometimes I Feel Like A Motherless Child,” “Fix Me Jesus,” “O Come, O Come Emmanuel,” “Sweet Little Jesus Boy,” “Call Him By His Name,” “His Love Is Sure,” “Silent Night,” “Jesus Oh What A Wonderful Child,” “Adore Him Medley” and “Joy To The World,” as well as a powerful rendition of “Rejoice Greatly” from Handel’s Messiah.

You can also watch it live here at 7pm ET. 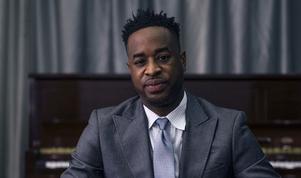 Damien Sneed is a multi-genre recording artist and a 2014 recipient of the prestigious Sphinx Medal of Excellence honor, which is presented annually to emerging Black and Latino leaders in classical music. Sneed has also garnered attention in a wide range of other musical genres, including jazz, gospel, pop, R&B, and musical theatre.

Sneed has performed in Europe, Japan, the U.S. Virgin Islands, South America, Africa and the United States. He also has performed at important national and international events, including the 2012 Olympics in London and activities related to the inauguration of President Barack Obama. 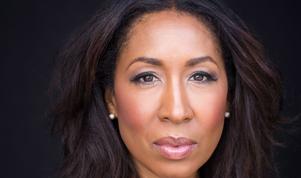 About the Writer and Narrator

Karen Chilton is a New York-based actor and writer whose work has been seen on film, episodic television and off-Broadway. An award-winning narrator and voiceover artist, her voice can be heard on numerous television and radio ad campaigns as well as on dozens of audiobooks across genres. Her standout performances on titles, such as I’ve Got a Home in Glory Land by Karolyn Smardz Frost, The New Jim Crow by Michelle Alexander and Billie Holiday: The Musician and the Myth by John Szwed, have made her one of the most sought after narrators in the industry.

She is the author of the critically-acclaimed biography Hazel Scott: The Pioneering Journey of a Jazz Pianist From Café Society to Hollywood to HUAC (University of Michigan Press), which was the inspiration for WQXR host Terrance McKnight’s hour-long broadcast Still Swinging, Still Classic: A Musical Biography of Pioneering Pianist Hazel Scott. Chilton is also the co-author of the jazz memoir of legendary vocalist Gloria Lynne, I Wish You Love (St. Martin’s Press) and a contributor to Smithsonian Books’ Ain’t Nothing Like The Real Thing: The Apollo Theater and American Entertainment, commemorating the Apollo’s 75th anniversary. Her dramatic works for the stage include the solo performance piece Saying Grace and Convergence, winner of the New Professional Theatre’s Writers Festival.

Additional Performances on Saturday, December 5 at 2pm and 7pm