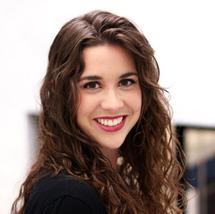 Marie Engle, mezzo-soprano, of Wauseon, Ohio, is a Master of Music candidate at The Juilliard School, studying with Marlena Malas. After completing her undergraduate studies at Northwestern University, Ms. Engle performed with Vienna’s award-winning Arnold Schönberg Chor on stages of Lincoln Center, Barcelona, Austria and Hong Kong. Marie participated in the 2016 season of the Franz Schubert Institute in Baden bei Wien and has since been actively involved in recital work around the US, Canada and Austria. Recently, in addition to numerous recitals, including her Pierrot Lunaire debut at Juilliard’s Chamberfest, Ms. Engle made her debut with the Juilliard Opera singing Ramiro in Mozart’s La finta giardiniera and Un Pâtre in Ravel’s L’enfant et les sortilèges. Ms. Engle studied at the Chautauqua Institution in 2018, performing Mercédès in Bizet’s Carmen. 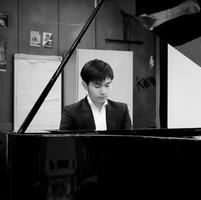 Shanghai-born Richard Fu is currently studying collaborative piano at Juilliard, having previously attended Oxford University, the Royal College of Music, and Dartmouth College. Though he had wanted to become a lawyer growing up and began as a political science major, Mr. Fu fell in love with classical music while studying abroad in Vienna and changed focus to music midway. Mr. Fu has performed concertos with the Oxford University Philharmonia and Dartmouth Symphony Orchestra, Stravinsky’s Septet as part of the Philharmonia Orchestra in the Stravinsky: Myths & Rituals Festival, as well as Steve Reich’s Double Sextet during the composer’s residency at the RCM. Recent performances include his debut in Carnegie Weill Hall, WQXR, and recitals in the Sheldonian Theatre, Holywell Music Room, St. John’s Smith Square, Roman Music Festival, Oxford Lieder Festival, and on tour in cities across China. Mr. Fu’s current teachers include Jonathan Feldman, Lydia Brown, Brian Zeger, Cameron Stowe, and J.J. Penna. During the summers, Mr. Fu enjoys attending music festivals and has received fellowships from Music Academy of the West, Songfest, and Britten-Pears Young Artist Programme. 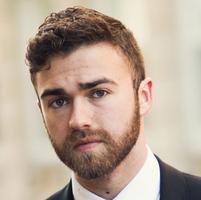 Bass-baritone Erik van Heyningen, hailing from San Diego, California, is an Artist Diploma in Opera Studies candidate at Juilliard, where he studies with Sanford Sylvan. Erik spent the summer of 2018 at Santa Fe Opera for his second year as an Apprentice Artist. There he sang The Imperial Commissioner in Madama Butterfly, and Ragotzki/Archbishop in Candide. In addition, he covered Voltaire et. al in Candide, Haly in L’italiana in Algeri, and Robert J. Oppenheimer in Dr. Atomic. Mr. van Heyningen received the Donald Gramm Memorial Award from the Santa Fe Opera in 2017, the first place prize in the Gerda Lissner Lieder competition in 2016, and the Richman Memorial Award from the Opera Theatre of St. Louis in 2015, where he spent three summers as a young artist. 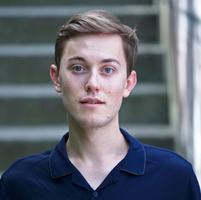 Äneas Humm is a much-loved guest at many concert halls in Europe and is one of the most promising young singers of our time. Mr. Humm studies at Juilliard under the tutelage of Edith Wiens. Mr. Humm is currently Artist in Residence at the Deutschlandfunk Germany, where he will produce a new album in 2019. As a lied singer, he works together with some of the finest pianists such as Hartmut Hoell and gives recitals at renowned chamber music series and festivals. His first CD “Awakening” was released worldwide by Rondeau. Mr. Humm also gave his Alice Tully and Weill Hall debut. He will make his debut with Bach’s St. Matthew‘s Passion in the Netherlands.

Tenor James Ley, from Elkton, Maryland, is an Artist Diploma in Opera Studies candidate at Juilliard, where he studies with Edith Wiens. Mr. Ley has performed as Le petit veillard in Juilliard’s production of L’enfant et les sortilèges conducted by Emmanuel Villaume. He also participated in Yannick Nézet-Séguin’s master class. This past summer, he participated in the Festival d’Aix-en-Provence in the Mozart Académie and with the Nϋrnberg Symphoniker through the Internationale Meistersinger Akademie. Mr. Ley earned his Bachelor of Music degree from the Wheaton College Conservatory of Music. While at Wheaton, he performed as Tamino in Die Zauberflöte, as Abraham in a staged production of Britten’s Canticle II: Abraham and Isaac, and as tenor soloist in Handel’s Messiah. 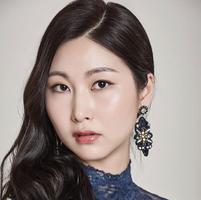 Korean-American pianist Seoyon MacDonald enjoys an innovative and cultured musical career; one marked by her consistency of refinement and musical ingenuity. Equally sought after as a soloist and collaborative pianist, Ms. MacDonald has appeared on concert stages internationally in the United States, Germany, Czech Republic, Hungary, Austria, France, and Korea. Most recently, Ms. MacDonald was a vocal collaborative piano fellow at the Aspen Music Festival this past summer 2018. Other festival appearances include performances at the Franz Schubert Institut in Austria and SongFest at The Colburn School. She is a co-founder of the Boston Art Song Society, one of the pioneering art song companies in the United States and is an active vocal coach and song recitalist currently based in New York City. 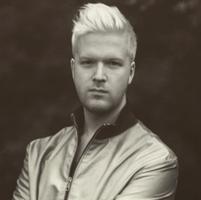 American pianist Chris Reynolds has made a name for himself as both a soloist and a collaborator. His performances have been hailed by Opera News as “exquisite,” and played with “jaw-dropping virtuosity.” He is currently a Doctoral Candidate at Juilliard, where he studies with Brian Zeger, Lydia Brown, Jonathan Feldman, JJ Penna, and Cameron Stowe. This season includes engagements with Carnegie Hall, Mise-En-Scène Studios, the Metropolitan Opera, and the Lincoln Center Theater. He is on the faculty of the Internationale Meistersinger Akademie in Germany, and has given a series of lecture-recitals at Columbia University. He holds Bachelor of Music and Master of Music degrees from Juilliard, where he has studied with Julian Martin and Margo Garrett. 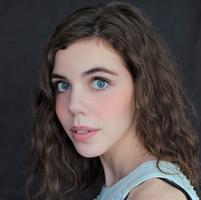 Bronwyn Schuman started her Master of Music in Collaborative Piano at Juilliard in September 2018. In April 2018, Ms. Schuman graduated with her Bachelors of Music and a Bachelor of Arts in English Literature from Ambrose University, in her hometown, Calgary, Canada. In addition to university education, Ms. Schuman has enjoyed participating in festivals and summer programs, including the Franz Schubert Institut (Austria) and the Mountain View International Festival of Song and Chamber Music (Calgary). At these programs, Ms. Schuman has worked with renowned teachers and performers, including Elly Ameling, Rudolf Jansen, Roger Vignoles, Wolfram Rieger, Helmut Deutsch, and Julius Drake. In 2017, Ms. Schuman held a fellowship position as operatic coach and accompanist in Maine at the Atlantic Music Festival, and in 2018, she held a fellowship position as répétiteur in Oregon at Aquilon Music Festival.